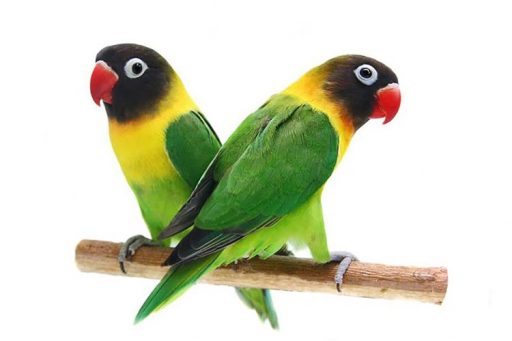 The yellow-collared lovebird may be one of the most beautiful and loved agapornis in the world. Whoever has one of them at home knows that this bird is very lovely company.

Where are yellow-collared lovebirds from?

Yellow-collared lovebirds were discovered in Tanzania around 1887, where they lived in groups of about 30 agapornis. Their habitat extends throughout the savannah, living on the trees. The beauty of the eye ring lovebird made that bird lovers started taking care of them and then decided to breed these African lovebirds.

Other names for the yellow-collared lovebird

The yellow-collared lovebird, known in the scientific world as Agapornis personatus, has different names. You can find it as masked lovebird, black masked lovebird, as well as eye ring lovebird. So if you listen to these any of these names, now you know they’re talking about the same agapornis.

Characteristics of a masked lovebird

The major characteristic of this bird is the blackish color, or almost blackish brownish tone on its head. Each eye is surrounded by a white ring (the reason why they’re also called eye ring lovebird), which makes it look like wearing a mask. Its small beak is a red, making a special contrasts with the rest of the head. 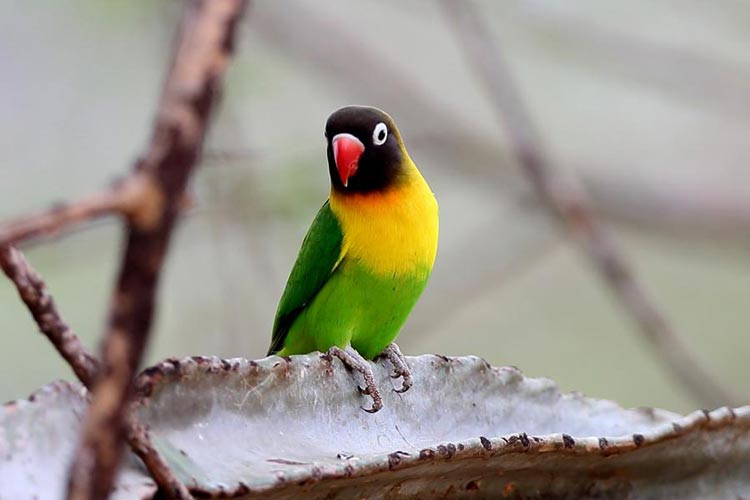 This bird’s neck and chest have a yellowish tone, although sometimes this may be of orange. Its legs are strong and greyish, so that it can easily stand on the bars or hangers of the cage. The masked lovebird’s wings are also quite strong and allow it to fly at a high speed.

In terms of personality, it’s one of the loveliest agapornis when it trusts its owner. The relation of a yellow-collared lovebird with other birds can end up in conflict because of its territorial nature.

What to consider when taking care a black masked lovebird

If you have a male and you want to have another yellow-collared lovebird, the best choice is to have a female that will be his partner. Unfortunately his territorial character makes him too violent when he is around another male, so you have to be careful who to live in the same cage. During the breeding season they become even more violent.

In spite of this, it’s a very affectionate and loving animal with its partner and also its owner. It’s the kind of bird that can be taught to do some tricks, it likes to play and learn how to do new things. You should feed it with high quality seeds, and you can also give it small pieces of fruit and vegetables.

If you let it out of the cage to stretch its wings, you will have no problem, as long as the bird gets used to eating only when it’s inside its cage. The first time the black masked lovebird explores the house, it’s probable that it beats against the furniture. As it gets used to the room and be able to move around it, won’t happen again. Something to keep in mind is that male lovebirds are more sociable than female lovebirds, so you must be more patient before letting them out of the cage. 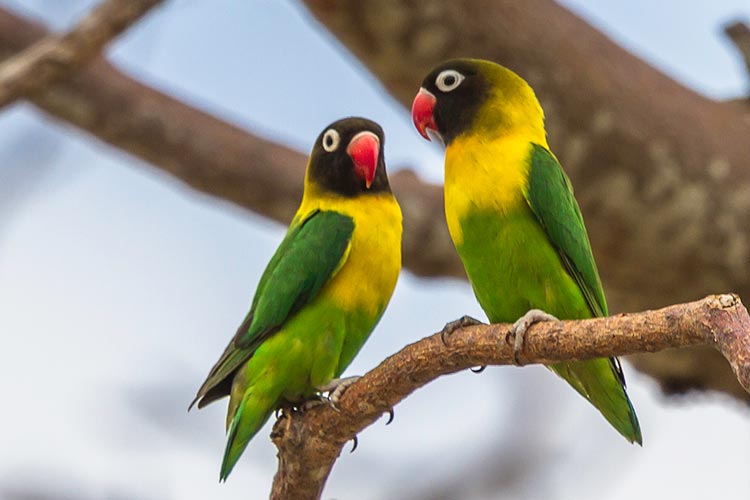 If you’re the one who worries about how to take care of lovebirds, it’s good to know that it’s a long-lived bird. They can live up to 15 years, being one of the agapornis types that can live longer in captivity.