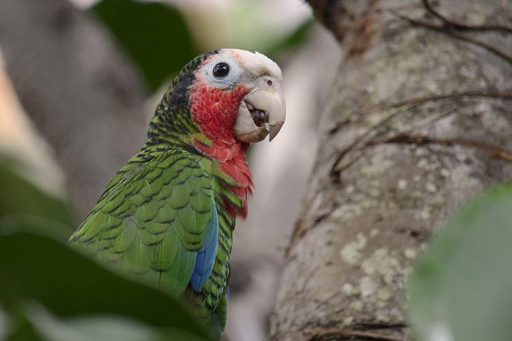 Have you ever heard of the Cuban amazon? If you haven’t, you’re in the right place to find out the main reasons you have to get one as a pet. Continue reading, I’m sure you’ll be interested.

What is the Cuban amazon?

The Cuban Amazon belongs to the parrot family. It is the Amazona leucocephala, also known as rose-throated parrot or simply Cuban parrot. Originally from Cuba, but can also be seen in some of the surrounding Caribbean islands, like the Cayman Islands and the Bahamas.

It was considered a rarity in the world of poultry farming, until the mid-80’s when it became common. In Florida, many specimens arrived with the Cuban immigrants who took their Cuban amazon parrots with them. It caused the species to spread slowly throughout America.

The Cuban Amazon is considered one of the most beautiful specimens of the Amazon family. It measures 34 centimeters and can weigh up to 450 grams.

What makes it stand out like a bird of great beauty is not the greenish tone of its plumage, which covers its entire body, but rather the pinkish tone of its face, throat and upper chest. It may also be present as spots on the rest of its body. The visible part of the body’s plumage has an oval effect, which makes it seem like its feathers are placed in layers. Main feathers may have a bluish hue. 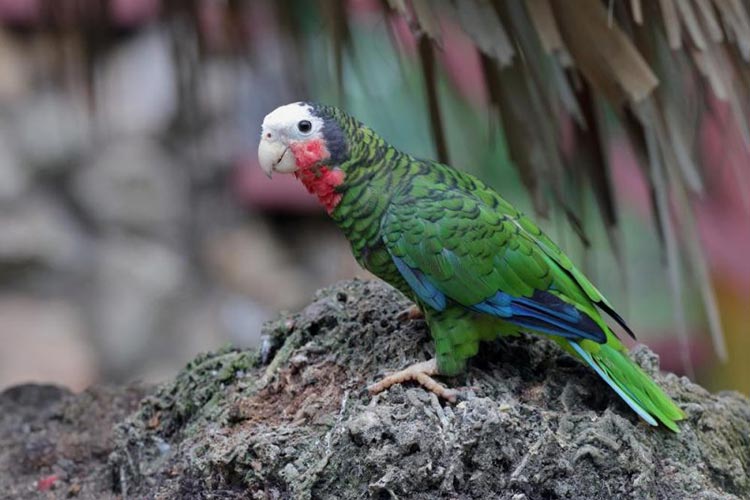 On his face, from the eye ring, the Cuban amazon parrot has some kind of white mask. It may have more or less intensity depending on the specimen. Their irises are red, and their beak and legs share the common greyish color common to this parrot.

It seems to be closely related to the Hispaniolan amazon, since they are almost equal. However, it has a less strong color in the greenish tone of the plumage.

There are four known subspecies of the Cuban parrot:

What do I need to know if I want to have a Cuban amazon?

Since it’s such a widespread bird, it’s not hard to get a Cuban amazon parrot. It doesn’t take long to adapt to new environments, so there’s no problem in having it as a pet.

However, it’s necessary to know that this type of pet requires a special diet from Cuba. You can feed it with seeds, fruits and vegetables typical of the Cuban zone, so that it continues to receive the nutrients to which its organism is used to receiving. Sudden temperature changes are not good for it, so if it’s moved to a colder region, some heat source has to be installed in its cage.

The cage has to be large so that it can move freely, as the Cuban amazon likes to fly all around the place. You can keep it quietly at home without much trouble, as it’s a bird of friendly and affectionate character. But first of all, it must trust you, because it will be skeptical about being in a new home.

For breeding, it would be better to leave it in the hands of expert breeders. Although there’s a high success rate compared to other birds, some special conditions are required for their reproduction. Choose the appropriate Cuban amazons, temperature, cage and food.