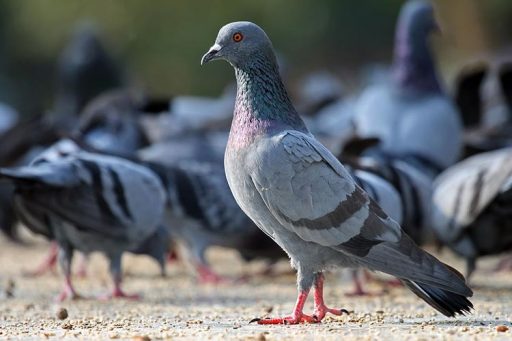 Do you like the fantastic world of pigeon farming? If so, you will love to know about the rock pigeon, one of the most famous and beautiful species. If you’re reading this, I’m sure you’re very interested in it.

The scientific name of the rock pigeon is Columba livia, but it’s also known as rock dove or simply common pigeon.

Where did the rock dove come from? It’s native to southern Eurasia and northern Africa and is the ancestor of the domestic pigeons that are usually crossbred to obtain new specimens.

The original native rock pigeon habitat is cliff-sides. You can also find them in a wide variety of habitats, such as urban, suburban, and agricultural environments.

It’s normal to see her nesting on cliffs. It can be easily confused with the typical grey domestic dove, but domestic pigeons tend to have a wide variety of colors and different shapes.

How is a rock pigeon?

The color of the plumage is bluish grey, darker in the head, neck and chest area. It has a green and purplish iridescence. It also has two black bands and a white bishop. The lower covers of their wings are white, and the tip of remiges is black. Its beak is also black, with a whitish cere on top.

How to tell the sex of a rock pigeon?

The female rock pigeon looks like the male, but has a slight sexual dimorphism: the iridescence of the neck is less intense and somewhat restricted to the sides and back. Besides, the chest is less bulky and darker. The young specimens are similar to the parents, but less shiny.

Eight subspecies have been recognized (not counting the nominal):

Is the rock dove a good domestic bird?

Before choosing a dove as a pet, you need to know that it has two variations: the wild one and the domestic one. The difference between the two of them is in how they are used to human contact. 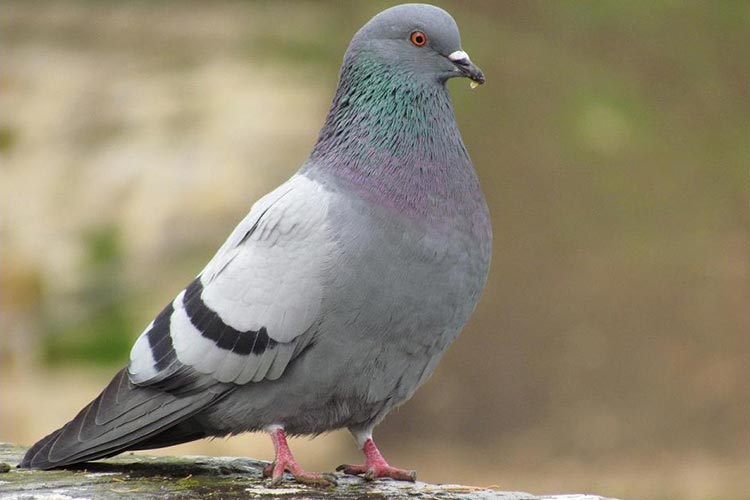 If you choose the rock pigeon as your pet, you should offer it a large aviary where it can move and stretch its wings from time to time. It loves to fly, both in and out of the cage, and it doesn’t take much to trust you. As it’s the domestic variation, is quite used to contact with human beings.

How to feed a rock pigeon

The feed is composed especially of seeds and fruits. They also eat food left by people, such as bread crumbs. Be careful not to give the rock dove seeds high in fat, because it will readily turn fat.

If you don’t allow the rock dove to leave the loft so that it can move freely and stretch its wings, you should be give just the right amount of food.

The rock dove reproduction is quite simple. As it’s the ancestor of the most currently known pigeon species, it has the advantage that it can be crossbred with a large number of different species of pigeons to obtain new specimens.

A female pigeon can reach sexual maturity when it’s 7 months old. For breeding purposes, they build a flimsy platform nest made of sticks and straw, under cover. They commonly build it on the window ledges of buildings. Eight to twelve days after mating, the female pigeons lay 1 to 3 white eggs which hatch after 18 days.

The rock dove is a species highly threatened by predators, as well as insects, dogs and cats. So if you are going to keep it outdoors in its loft, make sure you reinforced it so that there’s no danger.