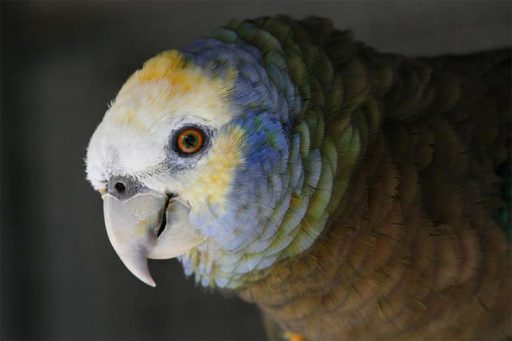 Would you like to know more about the Amazon family? Because if so, I’m sure that the Saint Vincent amazon, a very beautiful bird that captivated the hearts of millions of people, will catch your attention.

What is the Saint Vincent amazon?

Its name is because it’s from the Caribbean island of Saint Vincent, and belongs to the parrot family within the category of Amazons, receiving the scientific name of Amazona guildingii. It’s usually found in humid forests in the lower areas, between 125 and 1.000 meters. It’s the Saint Vincent national bird.

The Saint Vincent parrot is in risk of extinction, mainly due to habitat loss and human poaching for pet trading. According to a study made in 1982, there were between 370 and 470 specimens. In 1994, the population reached 800 specimens. It’s also considered vulnerable on the IUCN Red List of Threatened Species as well as in CITES. This consideration is because it has a very small population and it lives only in this island.

It’s a large bird, with 40 centimeters long, although this doesn’t make it the largest of the Amazona genus. Their weight ranges from 500 – 650 grams in the largest specimens of this type.

Its plumage is greenish, but mixed with a large number of other colors such as white, yellow, blue. A greenish color on the head, a metallic shade on the upper parts of the body, and a mixture of violet and blue-green on the wings. Its legs are grey, similar to the color of the bones. 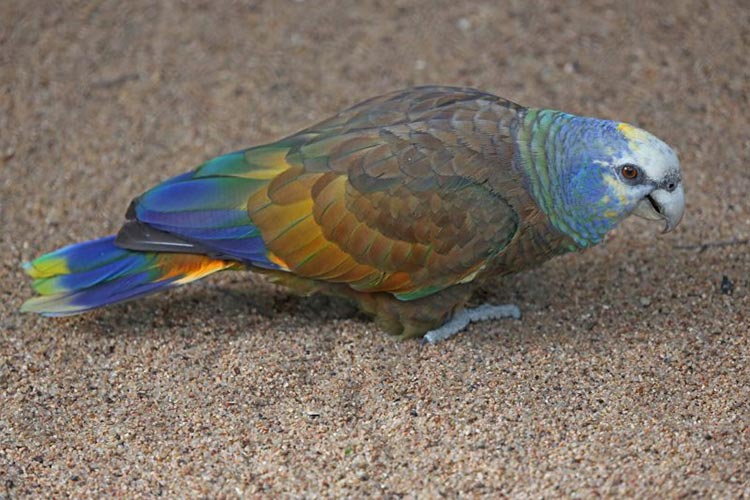 Their eyes are red, something characteristic of this bird, although they can also have a shade similar to orange, especially when they are young. There’s no sexual dimorphism, so it is very difficult to differentiate the male from the female. When they’re young, the color of the plumage acquires the rest of the tones with each one of the molts.

No subspecies has been recognized, nor have many caregivers dedicated themselves to its breeding.

Because of being a bird that very few breeders have decided to reproduce, there’s too little information about its breeding. It’s known that there’s very little success rate and that many eggs are infertile, because they don’t adapt to life in captivity. Breeders cannot reproduce the same conditions as in their habitat so that their brood can hatch.

Like the rest of the birds of the Amazona family, the Saint Vincent parrot feeds mainly on seeds, both dried and germinated. However, when a Saint Vincent amazon lives in captivity, the diet must be made up of non-fat seeds. That’s mainly because they cannot fly and need a healthy diet to avoid overweight. To balance its diet, the owners usually give them a piece of fruit or vegetables at least once a day. Breeders are also careful in not providing them with foods too rich in fiber that can cause diarrhea to this bird.

It’s not a common pet bird, and poaching seems to be affecting this species. Many of the hunted Saint Vincent amazon birds are intended for sale, so it’s important to know that it’s only allowed to buy these birds when they have been bred in captivity. It’s not a crime to have one at home, but if you want to import it from St. Vincent, a number of conditions must be met to ensure the stability of this bird.